I'm sick to death of having more and more pills thrown at me, I can't take much more of it I'll just end up not being able to function at all soon.

I've decided to try a different approach after being given the suggestion of cranial osteopathy. It took a while to take the plunge as it's costs money (which I really don't have much of..) and initially it was to try and help with my seizures but I'm quite the skeptic when it comes to these kinds of things but now I'm stuck with chronic neuropathic head pain as well I'm willing to try. I finally made an appointment and during the week I went to my local clinic for an initial consultation to find out what it's all about and if it might be able to help me.

The session began with meeting a really lovely osteopath at the clinic. He asked about my medical history and any significant illnesses and if I'd wait for it... "suffered any falls"... well, I could write a scroll... and so began my mammoth explanation. After that there were a few quick tasks like signing a treatment consent form etc and writing down what to do should I go into a seizure given that sometimes osteopathy can initially make symptoms and problems worse (but thats only for SOME people and only for a short amount of time).


The beginning of the examination involved walking in front of him so he could check alignments and things then he sort of felt my muscles, then asked me to do things like turn my head from side to side. Most of the stuff I can't really say why they ask you to do it... It's all new to me! After, I had to lie down and he massaged my head and neck (at which point I realised that the muscles at the base of my skull on the right were much more tender than on the left..) The result from that part was that my pelvis is out of line which would probably explain why I feel like my back needs clicking all the time! He asked when my bigger falls were (the 3 biggest being May this year and about July 2011 and late August 2010) he didn't think it felt new enough to be this year or even last year so is most likely to have been knocked off centre when I fell down a flight of concrete steps a couple of months before I was diagnosed. Anyway, once we'd established something of a starting point I then had to lie down on my back with his hand flat beneath my hips and seriously he was doing the TINIEST of movements through his fingers and I could feel my back sort of slipping little at a time almost like little bubbles were bursting strange feeling and with so little force!


At the end of the session we talked through what we had done and what his conclusions were. He said that I am quite a complex case (now where have I heard that before??) and he could not be sure if osteopathy would be very helpful but I could give it another session to see if my symptoms improve any. The miss alignments and tender muscles on certain sides might be an indication of crushed nerves or some sort of damage, which could be whats causing head pain so it's worth a try. So that was it, my back ached a little afterwards but other than that no extra seizures or more pain so it's all good :)


I must say I find that rather than trying to locate the cause of my chronic head pain, doctors and in particular hospitals just think it's easier to throw painkillers and anti-sickness drugs at the problem and cover it up, which I agree it is easier but in a way it makes me even sicker. I'm really hoping this might help at least a little bit so I'm going back on Wednesday... we'll see what happens.
Posted by Jade at 22:43 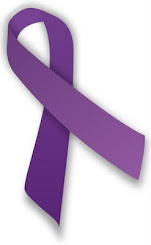 Jade
26 Year old Graduate of Photographic Art. I love all things arty and having lived in many places and travelled to many more, it’s fair to say variety is my nourishment! Currently studying healthcare and volunteering for St John Ambulance Cymru (Wales) is where I'm happy for now though, all whilst living with uncontrolled Epilepsy and Migraine.